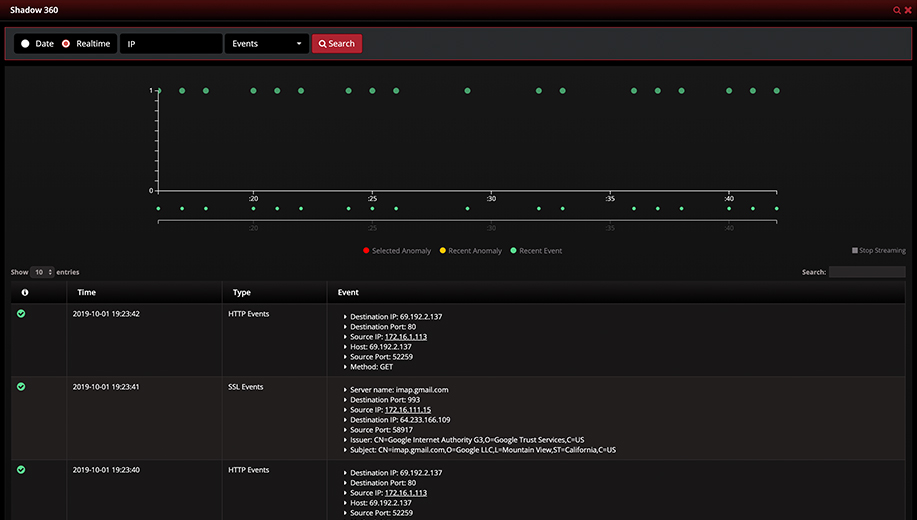 Shadow 360 gives complete visibility around any activity that raises a flag. Any anomalous trigger can be studied in depth through a specter graph, which entails the history of fluctuations in user activity. This allows the analyst to determine the criticality of any event whether from the past or present.

Shadow 360 has an advanced time series analytics that uses a Session Data model also known as session serialization; it automatically stitches together incident timelines including both normal and abnormal user activity, for all threats detected. This reduces the manual effort security analysts spend on investigations and increases their productivity. As each entity in the organization is linked and correlated with the kill chain stage it is in, and hence can act as predictive analytics to block a future breach. The security analyst can then go ahead and act to stop an attack before it actually takes place.